The Art of George Manus

MY DREAM-START TO PAINTING – October 2019

Dreams are something we all become acquainted with throughout life. It is claimed by so-called experts that one can interpret dreams. How would we relate to an encyclopaedia that easily told us what our dreams mean? Probably several such exist.
The dream interpreters probably have their followers, but to what extent their interpretations have a fertile ground in scientific research or not, I know little about. Regardless, for many, it can certainly be good therapy to get an explanation for their dreams.

“It is good if you have dreams about what you want to achieve – but only will and effort can lead you to fulfilment of your Dreams.”  – George Manus, WORDS OF THE ROAD III.

The dream I am writing about happened on the night of the 17th of October 2019, (the day before The Captain’s day in the Media Golf Society).

The first thing I did when I woke up and before I left to play the big day’s competition, was to grab my wife’s crayons which are always handy in the kitchen and put….. 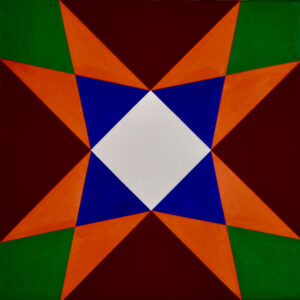 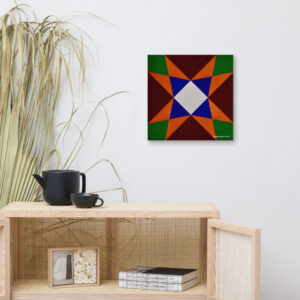 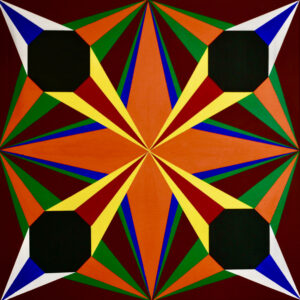 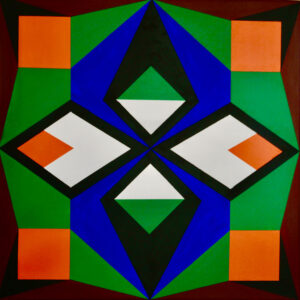 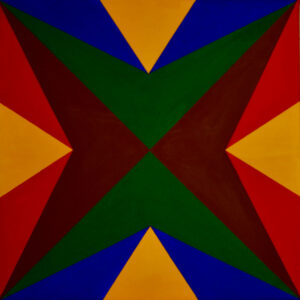 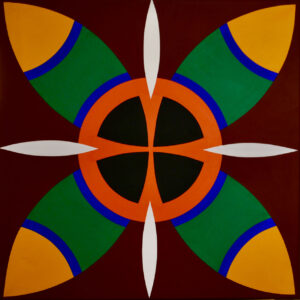 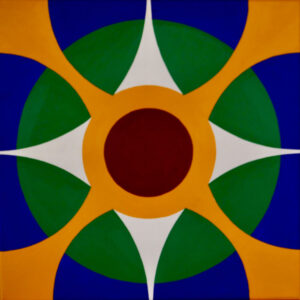 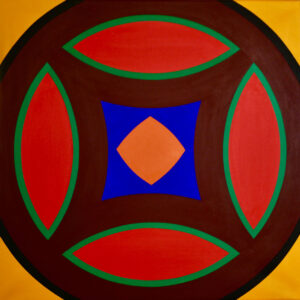 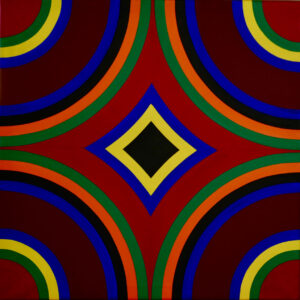 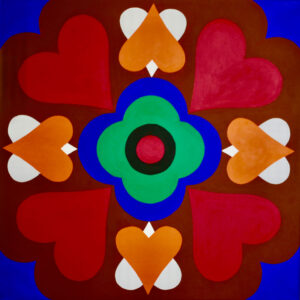 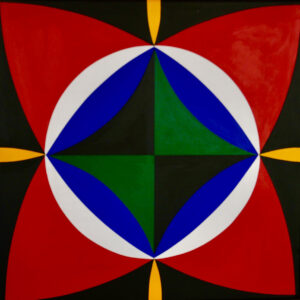 This is the first release from the series ‘We are all different’. There is a limited print number of 500 each. These 10 paintings were completed during the second half of 2020. 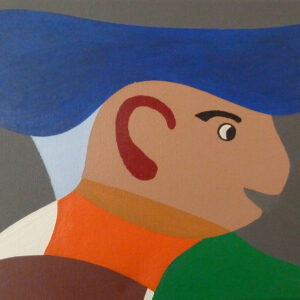 ABOUT OURSELVES – George Manus 2020 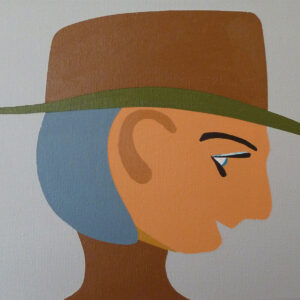 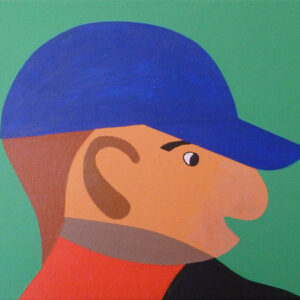 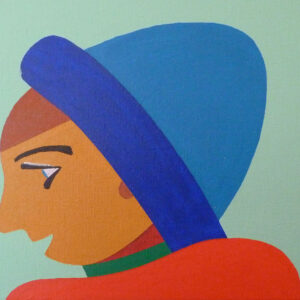 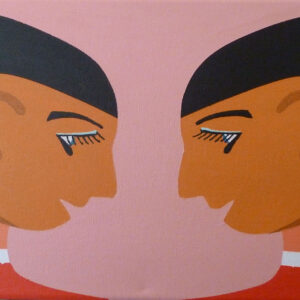 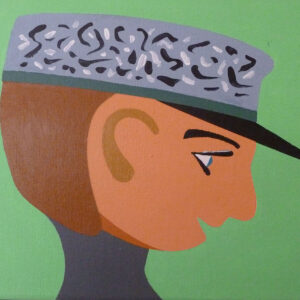 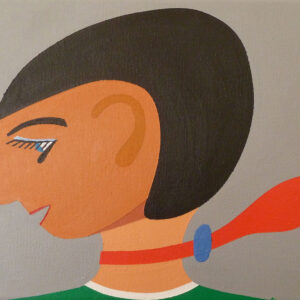 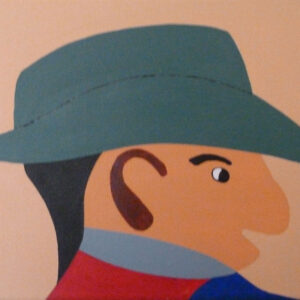 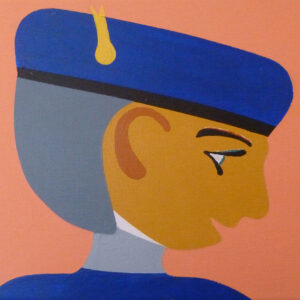 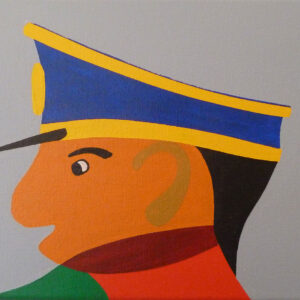 The dream I am writing about happened on the night of the 17th of October 2019, (the day before The Captain’s day in the Media Golf Society).

The first thing I did when I woke up and before I left to play the big day’s competition, was to grab my wife’s crayons which are always handy in the kitchen and put the following little children’s drawing on the paper. It’s weird with the remembrance at my age, so I took no chances that the dream was just going to be a dream.

If you manage to see a clear picture with your eyes closed, you have achieved peace of mind.” (Posted several months before the dream)

MY FIRST ATTEMPT IN THE WORLD OF PAINTING

I have never in my adult life tried painting on a small scale, but a few days after the dream I went to acquire a selection of tubes of oil paint, a couple of plastic plates in A4 format and a bottle of turpentine.

My wife, who at times has tried a little water-colour paint, says she has enough brushes, so now everything is ready to get started.

My first attempt was to try to reproduce the image I had on the retina during my dream. It was completely uninteresting for me to start mixing colours. Here we were talking about colours straight from the tube. Black, green, blue, brown and orange. Canvases in A4 format were luxurious to start with so I had already been to one of the many Chinese bazaars in the area and bought a dozen white, 4-millimeter-thick white plates in A4 format, in one or another type of plastic. It was enough during the trial period. I do not know if one can call the result abstract, but at least it is not figuratively. The result is as like the image I had on the retina in the dream, as I remember it.

My first oil painting with an undefined motive, from the dream I had night to the seventeenth of October 2019.

Even when I started with the black, I understood that it was something I had not expected. The paint did not appear to dry. As I was using five different colours, I was at least dependent on a certain drying before I could start with the next one, which in this case was the green.
How in the world can painters deal with this problem I thought and what tricks do they have when it comes to drying?
A completely different matter was that I immediately noticed that the plate I was painting on, just minutes after applying the paint, began to curl. Well, even the ignorant beginner gradually understood that here it was a question of counterweight, i.e. a coat of paint also on the back to compensate. Thus, that challenge was to some extent put behind. After all, these plates were only intended to be used in the start-up phase.
In connection with my book writing, I am in close contact with my friend Ole Praud in Denmark, essentially on Skype. He is my technical consultant and liaison to the publisher. In several of the books, a friend of his, Jan Arnt, who is an architect but also an artist, has contributed self-painted pictures.
I told Ole about my dream and that I would now try my hand at painting in between writing. When I mentioned my problem with the drying and we both laughed about the fact that I, at an age of 80 wanted to try my hand at painting, he promised to contact Jan Arnt to inquire about the drying.
Well, as I had started, it was never in my mind to stop.

After a few days, I received a feedback from Ole which clearly stated that I was completely astray. Jan Arnt had made it clear that anything other than acrylic paint for a beginner would be meaningless. It is water-based, I understand, with the advantages it has both in terms of drying and treatment otherwise.
Ole’s consultation with another artist friend further made it clear that oil paint needs about fourteen days to dry. Of course, I should have known this myself, as the name oil paint reveals that matter. Still, I had probably been in the starting trance after the dream, probably supplanted reason and reckoned that this is something the artists have mastered.
So, here I was with an incomprehensible picture, a series of oil paint tubes, turpentine and some dented plastic plates to paint on, but with a clear will to move on in one form or another.

I sat staring at the strange picture, which was my first work in the world of painting and tried to imagine how I should now grasp the whole thing.
Strange – I had decided from the beginning to use the A4 format or similar. One of the reasons for this was that we have long since “scaled down” from a house to a relatively small apartment, where space is the only thing we lack. One of three bedrooms is a kind of office where my wife has her PC with accessories and from where I do my writing. There is no room for any other activities. The second bedroom houses a bookshelf with what we have of books, as well as two beds that have never been used for anything other than storing clothes and other things that do not fit in any of the closets elsewhere.
The modest conservatory, where my wife’s cat Maxi lives when he is not with us, was thus the only choice when it came to my development of the art of painting.

Easel and pictures of format, I get to start with in my next life, if otherwise the interest is maintained.

Maxi also seems to tolerate the intruder when he sits on a plastic stool at a height of 40 centimetres, in front of the table with the two cardboard plates.

One thing I also need to make clear right now is that, unlike most others who are trying out a new hobby, I am by no means the one who uses Google or other encyclopaedias to gain experience about my activities. With a minimum of schooling, I consider myself an autodidact, and think despite that, I have done reasonably well through life so far, by following my rule of thumb: You must learn from your own experiences and faults. In my opinion, everything becomes more challenging that way. Enough about that.

The first thing I concluded was that the black and green part could be considered a frame, but why it in my dream was limited to the right side and below the picture remained a mystery until this time. Many thoughts struck me already now, but the first thing I did was to add the missing part of the frame, which when it was put in place at least gave the impression that it was a picture, but without any understandable motive. All my five colours, and the contrasts of these, I was happy with. No mixing of colours, all straight from the tube. Based on my first picture without the whole frame and with thoughts swirling around why it was such a picture I had been served in the dream, I tried to see it all in a larger context.

Below the missing frame together with the first picture, now with full frame

Having produced a mirror copy of the original, I started looking for possibilities.

What if I flipped the picture, either to the left or up, as you see in the next two pictures? A corresponding extra frame where it is missing could form a new image, but since the motive in my opinion is not suitable as individual pictures, I did not bother to make the extra frames.

If you flip one of these doubles, you get the result below, which now consists of four images, of which the upper left and lower right are equal, and the upper right and lower left are equal.

The motive is abstract and without any intended meaning.

With the addition of two new identical images, as shown below, located to the right and left in the middle of the large image, suddenly six images have become a new one. Three of the six are equal, and all three are mirror images.

Below is a copy of the two new pictures in different positions, added missing frame. The same can of course be done with the others.

So far, I have come up with my first experiment in the world of painting. It all went well with the oil paint, with a small element of acrylic that I have used in the meantime, not least due to the drying.

I have long seen the benefits of acrylic for this type of paintings, where in my opinion it should be about clean surfaces with individual colours.

At least in my next experiment I will stick to the same boards as canvas, although I guess they are in no way suitable later. Likewise, I intend to limit myself to the same colours.